Well some idiot over here by the name of pimath has been slacking at his job, so it's time for a (non-project) community news roundup!

First on the list is the TI-Nspire CX/TI-Nspire CX CAS OS 4.2, which is the second major Nspire OS TI has released since they dropped support for monochrome Nspires (the last supported OS for the monochrome Nspires is 3.9). It added some new features, such as inequality graphing, sliders on graphs, and new context menus.

As with every Nspire OS update, 4.2 blocked Ndless, but after an extremely short amount of time, Ndless 4.2 has been released. For those who don't know, Ndless is a TI-Nspire "jailbreak" that allows for the execution of assembly and C programs (which are not supported on the OS), including some awesome games and tools. 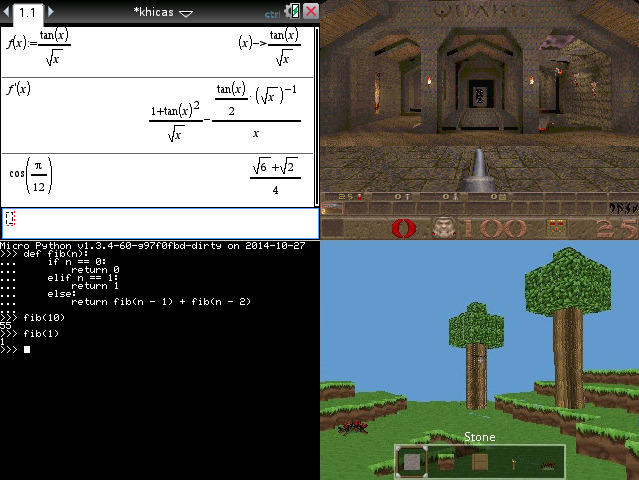 Also news from TI: mISSion imaginaTIon, a new series of TI-Nspire activities, made in conjunction with NASA, to inspire students to participate in STEM fields. In addition to the first TI-Nspire activity, Fuel for the Fire, there is an engineering design challenge in which the winners get to talk with a NASA expert and win a set of TI-Nspires!

There has also been lots of activity in the community recently. Long time News Editor for ticalc.org Ryan Boyd has retired from his position. We will miss you, our dear friend Ryan. To take his place, Xavier "critor" Andreani has stepped up. We look forward to more exciting news on the ticalc.org front page in the future!

There have also been two major contests! First up we have Cemetech Contest #15: Crypto Golfing. In this contest, participants were issued a series of cryptography challenges. Scores were determined by expedience and source size. The smaller the program and the faster it was turned in, the more points accumulated. The winners were Hooloovoo, PT_, and lirtosiast. Well done guys!

Over on CodeWalrus, there was CodeWalrus Contest II: A Game About Walruses, in which participants were asked to include the CodeWalrus mascott, Walrii, in their games. Winners were determined by a hybrid judging/community vote. The winners were c4ooo and Unicorn. Congratulations!

As for project releases, there have been quite a few. One of the most notable was CEmu, a TI-84+CE (and equivalent) emulator, made by a team lead by MateoConLechuga. It is open source and anyone can contribute. Take a look if you haven't already! Technically, there is no official "release" yet and is very much in alpha, but it is very much worth mentioning. 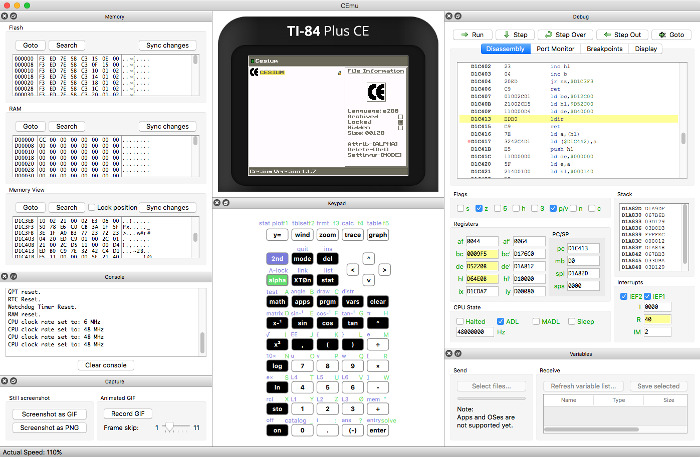 Also made by a team lead by Mateo, we have A CE C SDK, LibLoad, and Libraries. These projects allow for easier C programming on the CE series, as well as the use of dynamically linked libraries on the CE.

Finally we have KermMartian's Graph3DC for the TI-84+CSE (and equivalents). Graph3DC is a 3D grapher for the CSE series that has full color support and OS integration.

And with that, there is the major news roundup of the last few months. Thanks for reading!
I am Bach
↑
Quote
Register to Join the Conversation
Have your own thoughts to add to this or any other topic? Want to ask a question, offer a suggestion, share your own programs and projects, upload a file to the file archives, get help with calculator and computer programming, or simply chat with like-minded coders and tech and calculator enthusiasts via the site-wide AJAX SAX widget? Registration for a free Cemetech account only takes a minute.