We've once again reached March 14th, or 3/14, commonly known in the math, science, and programming circles as Pi Day. Although there are many among us who tout the importance of Tau Day or even Mole Day, Pi Day holds a particular place of honor. What are you doing to celebrate the day? Last year we got to celebrate the "ultimate" Pi Day (3/14/15, particularly serendipitous in its match of the first 4 decimal places of pi, 3.1415...) at TI's T^3 conference, where we had fruit pie and pizza pie at 9:26:54am (3.141592654...). Three years ago, we created a program for the TI-84 Plus CE and TI-84 Plus C Silver Edition called Pi Eater to celebrate Pi Day 2013. The game challenges users to eat pie (pi?) as a means of learning the sine, cosine, and tangent of angles. Way back in 2008 we competed to see who could memorize the most digits of pi, and one year our United-TI members regaled each other with tales of Pi Day celebrated in math class. About twelve years ago, my own high school math class celebrated 3/14 with Fig Newtons and Liebniz cookies in honor of the inventors of Calculus. Perhaps you can find some tasty Pi Day-themed treats of your own.

Happy Pi Day! Be sure to tell us about your Pi Day activities in the attached thread, and check out Pi Eater in honor of Pi Day below. This day seems to be widely celebrated in the USA but rather less in germany. When I asked our maths teacher if we could do something special on monday (This was on friday last week), he didn't even know what Pi day is.

However on this occasion I decided to learn three more digits of Pi:

Have some nice pie

!
- Now comes with a calculator
↑
Quote

In honor of Pi Day, and to refresh my calculator development skills, a few weeks ago I started work on a project I was hoping to have finished by now; a port of the amazing pi filesystem to the TI-89. Or at least an implementation of piwrite() and piread() programs that can convert any AMS variables to and from pi metadata variables.

If you aren't familiar with pifs: the basic premise is that pi is conjectured to be a normal number (though this claim has not been proven), and if it, that would mean that every possible sequence of numbers can be found somewhere in pi. This means that rather than storing files, you could theoretically just look up their location in pi, store that location, and then when you want to read the file, you use the index to recompute the contents of the file.

Of course this would be horribly inefficient in practice (notably, you'd end up using more space to store the location in pi than you would by just storing the file, and you'd also spend orders of magnitude more time loading and saving your files), so what the author of pifs did is he simply read in files character by character and looked up and saved each character's individual index in pi. This, too, will be inefficient obviously, but not quite as much.

(This is, obviously, a joke filesystem, for a number of reasons).

So, as it turns out (to probably nobody's surprise) the TI-89 is pretty slow at brute-forcing digits of pi. My (emulated) calculator was still happily encoding a TI-BASIC Hello World program 24 hours later after I started running piwrite() over it, and it would probably have kept going for at least another day. This is after I implemented a cache to sit between the calls to compute digits of pi so nothing gets recomputed, too. So, what I'm probably going to have to do (though I feel it violates the spirit of the exercise) is port the tool for generating a cache to the desktop (which should be easy because it's written in C, so I just need to link against libtifiles and spit out 68k file formats that the calculator can then read) with all 256 possible characters' indices into pi precomputed.

But if you were feeling sufficiently masochistic, you could conceivably run without the cache and leave your calculator alone for a few days while it tried to save very small text files for questionable benefit!

Hopefully sometime over the next few days, I'll get that done and release this program and make a proper thread for it. This was done more for my own amusement than anything else though-- I can't imagine anyone actually wanting to use this for any real reason.

Solar89: A 68k Dev Tool for z80 Basic
renamr68k: Utility script for 68k development
Package manager for ticalc.org (command line tool to access it)
Memory Usage: a tool for the 89 to show your memory usage
↑
Quote

KermMartian wrote:
math, science, and programming circles as Pi Day. Although there are many among us who tout the importance of Tau Day or even Mole Day

The wordplay is real!! Also, I had never heard of Mole day before, at first I thought you were talking about groundhog day, which would have been quite a peculiar thing to mention

Either way, Happy Pi day everyone! Although I would argue e^iτ=1 sounds much better

Happy π day!
Also, that π Eater thing looks cool.
I want to download it, but I have a CE.

Does this qualify as a signature?

This day seems to be widely celebrated in the USA but rather less in Germany. !

If I understand correctly most people in European countries use either YYYY-MM-DD or DD/MM/YYYY the former of which is preferred because of the ISO standard 8601.

PI day would not work if either of those are the accepted ways to represent dates in a country.
↑
Quote

Dudeman313 wrote:
Happy π day!
Also, that π Eater thing looks cool.
I want to download it, but I have a CE.

KermMartian wrote:
Three years ago, we created a program for the TI-84 Plus CE and TI-84 Plus C Silver Edition called Pi Eater to celebrate Pi Day 2013.[...] Does this qualify as a signature?

I finished up my Pi Runner game for the CE on Pi Day. Should be uploading it soon..
CSE obituary

We did pi day a literal differently, with (non-round) pizza: 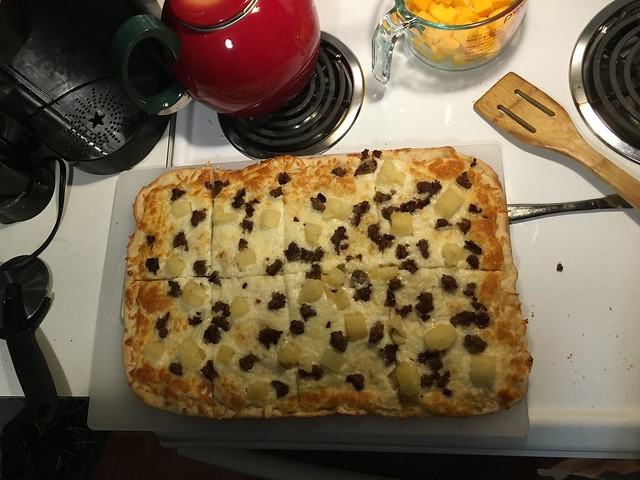 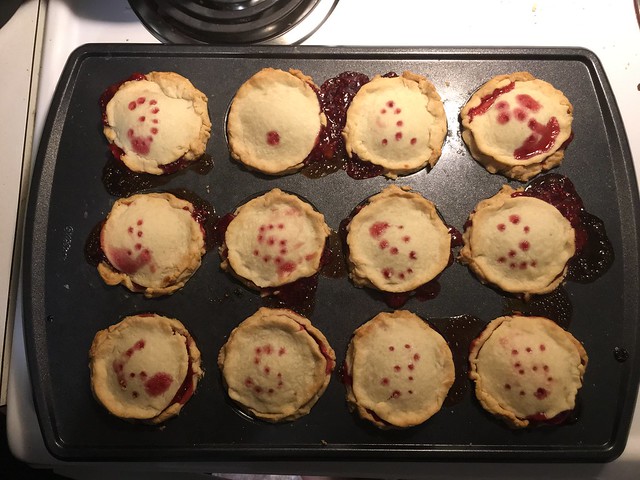 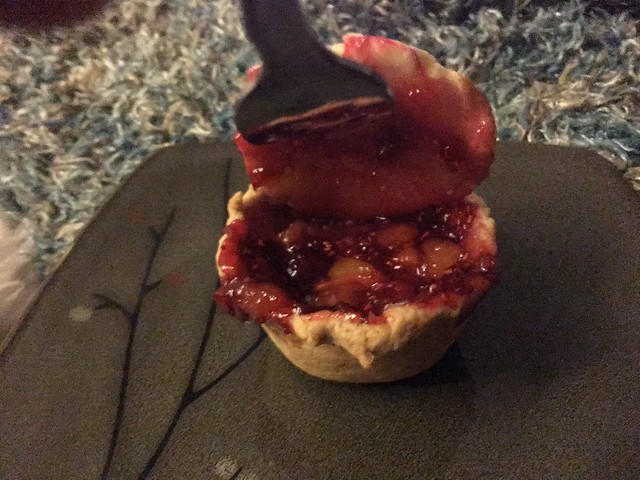 Since I'm a tau-ist, the decision to not portray pi as the circle constant was deliberate.

elfprince13 wrote:
We did pi day a literal differently, with (non-round) pizza...Since I'm a tau-ist, the decision to not portray pi as the circle constant was deliberate.

How coincidental, I just converted a few days ago! It was interesting to see the counterargument to the "beauty" and "elegance" of A=πr².

Here is the counterargument, which I believe builds a strong case for τ being better suited.

Consider the formula for area of a circle sector, A=1/2*arclength*r, where arclength would be θ*r (the angle in radians * the length of 1 radian), so this would simplify to A=1/2*θr².
Now, consider that one full turn around the circle would be τ radians.
Substituting θ for τ, this would mean a full circle formula would be A=1/2*τr².
No need to memorize one formula for full circle area (A=πr²) and another for partial circle area (A=1/2*θr²), because τ would bring these formulas together to the same format, and in a way that makes sense.

Any doubters, please comment. I welcome criticism if it's constructive.
↑
Quote
Register to Join the Conversation
Have your own thoughts to add to this or any other topic? Want to ask a question, offer a suggestion, share your own programs and projects, upload a file to the file archives, get help with calculator and computer programming, or simply chat with like-minded coders and tech and calculator enthusiasts via the site-wide AJAX SAX widget? Registration for a free Cemetech account only takes a minute.