Tetric A (Tetris) for the TI-84 Plus CE
» Forum > Other & Upcoming Projects
Reply to topic
»
» View previous topic :: View next topic 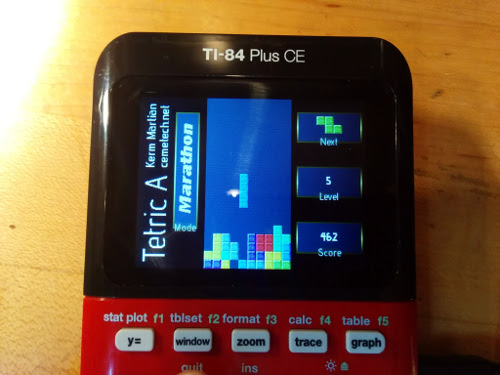 Another bug:
While using the pyramid piece, you can glitch one of the ends by rotating it just before it hits the bottom of the screen
↑
Quote
Register to Join the Conversation
Have your own thoughts to add to this or any other topic? Want to ask a question, offer a suggestion, share your own programs and projects, upload a file to the file archives, get help with calculator and computer programming, or simply chat with like-minded coders and tech and calculator enthusiasts via the site-wide AJAX SAX widget? Registration for a free Cemetech account only takes a minute.