I am happy to announce the release of my latest game for the TI-84 Plus CE: Gimme 5! 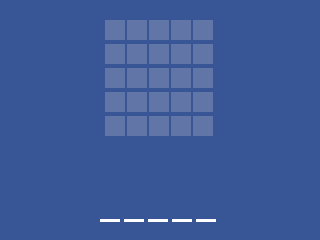 Gimme 5! is a simple word-guessing game where the user has 5 tries to guess a 5-letter word. Each guess is evaluated using the following color scheme:


You can play an unlimited number of games every day, guessing entries from a dictionary of 4000+ handpicked words containing common English words and a few unique ones. The program also ensures that each randomly generated word is completely different from the previous word to maintain the game's challenge level.

Gimme 5! also offers a "word code" feature. A word code is a 12-character sequence representing an encrypted dictionary word. This allows players to trade and play codes with friends and family. The program will also give the player a word code for each randomly generated word after every game.

Here is a word code to kick off the new release!

Please do not post spoiler screenshots (Screenshots that show the word code and color-coded guesses without the letters are fine.). Enjoy!

Does the dictionary match the Wordle one, or did you come up with your own? Does it also have a dictionary of valid English words, or do you rely on the player to pick valid words? I like the word code feature!

The dictionary is custom, created from a free online Scrabble word list, so it does not match the Wordle dictionary. The program relies on the player to pick valid words from the dictionary, without knowing what words are in the dictionary. However, if you are curious, you can use HexaEdit to view/search the dictionary since all of the words are stored as plaintext in the GIMME5D.8xv appvar.

Have you heard of a trie? It's a space-efficient way to store a large dictionary of words. Although I suppose that optimization isn't too important since there are only so many five letter words.
↑
Quote

Nice work on this! That title screen and the post-game word code and grid view features are particularly nice, it looks very polished. I guess the differentiating feature between this and commandblockguy's version of the game is the unlimited play and the word code feature?

Anyway, nice work on this! Looking forward to seeing more updates if you have any planned.

DrDnar wrote:
Have you heard of a trie? It's a space-efficient way to store a large dictionary of words. Although I suppose that optimization isn't too important since there are only so many five letter words.

I had considered that when making my version, but the overhead of the pointers would overwhelm the actual space savings beyond like the second letter.
We discussed this in IRC and here were a few other suggestions:
Converting the words to base 26 numbers, which is down to 3 bytes per word.
Storing the difference between base 26 words, and encoding these differences in a way that takes advantage of the distribution of the differences.
Creating a de Bruijn string of all the words, and then setting the MSB of valid starting positions.
My projects: Wordle | CEleste | Unit Tool | Tanks! | Terminal CE
If you found this post helpful, consider giving me a karma by typing commandz++ in the SAX chat.
↑
Quote

Thanks for your suppport, epsilon5 and DrDnar!


epsilon5 wrote:
I guess the differentiating feature between this and commandblockguy's version of the game is the unlimited play and the word code feature?


Yes, I did consider making it one word a day but decided against it given how easily the on-calc clock can be messed up with RAM resets.


DrDnar wrote:
Have you heard of a trie?


No. I have used heaps and other binary trees but not specifically for strings. A trie would be very processor-efficient, but I do agree with commandblockguy that the pointer overhead would make it memory-inefficient. Nonetheless, thank you for bringing it up! In Gimme 5!, the dictionary stores the words without null terminators and accesses them in 5-byte chunks. I found out that both commandblockguy and I used a binary search to find specific words in each dictionary.

Today's Word Code (a word very near and dear to the heart of every programmer):

This is really neat! I love the word code feature, and it's cool to be able to share words with other people!

Thank you! I really appreciate it!

It has been a week since version 1.0.0 was released, so it must be time for a patch.

Version 1.0.1 removes some obtuse words from the dictionary, fleshes out the README a bit more, and, most importantly, includes the source code for the program!

Some word codes from version 1.0.0 will not be accepted in version 1.0.1 because of the latter's smaller dictionary. If you plan to share codes with other players, I would recommend upgrading to the newer release.

Today's Word Code (What did George Washington, Lenin, Ghandi have in common? They each had their own...)