A few years ago, Joerg from Datamath got a hold of a TI-86 prototype which had a socketed flash chip instead of soldered OTP-ROM like production models. Since the TI-86 didn't support OS updates, this was presumably how the devs got their code on the calcs (removing the chip, reprogramming it and reinstalling it).
It took a long time but I eventually found one for myself. To my surprise, it contained code to accept OS updates through the link port which was not present on any production OS.
Trying to reverse engineer what a .86u file would look like in order to build our own update files is rather difficult... What isn't so difficult is reflashing chips, given you have the right equipment or you're interested in spending days slaving away at a breadboard...
Anyways, I bought a universal eprom programmer and some flash chips 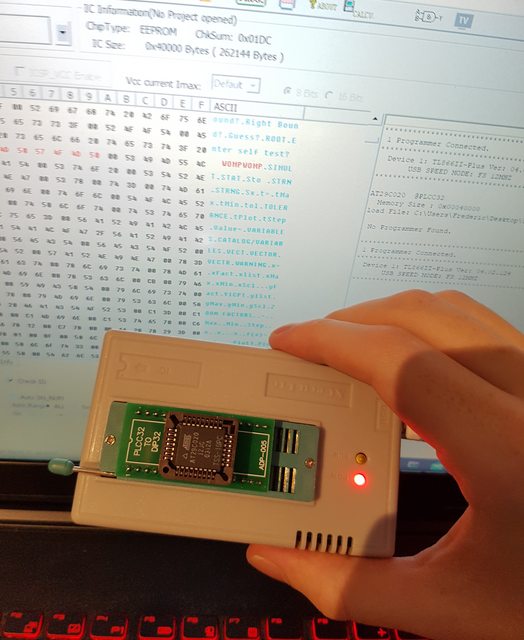 I wanted to try to boot a physical TI-86 with a custom ROM image, which is presumably what TI did early in the development. I just edited the version name to test it out and.. IT WORKED! 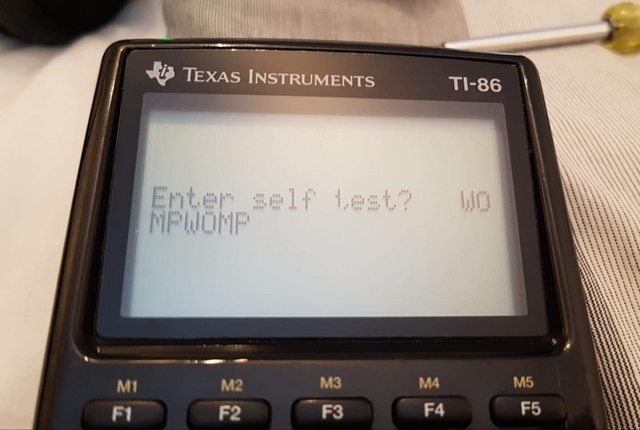 A while back, I managed to find another TI-86 proto which I haven't posted about, but it is broken. It doesn't boot and tilp doesn't detect it. This will make it very easy to dump whatever is in that flash chip as well, even if its corrupted, which it might be. It would also make dumping pretty much anything with a discrete ROM chip possible, but the proto TI-86 is by far the easiest because its socketed and thus requires no soldering (or trying to connect something to each pin without de-soldering it?

Its great to see someone playing with the TI-86, it was a fun calc to work with!

Have you got any further experiments youre planning with it?
↑
Quote

JamesV wrote:
Its great to see someone playing with the TI-86, it was a fun calc to work with!

Have you got any further experiments youre planning with it?

Yes! The protos are even more fun to play with because of the flash

I have a few potential projects in mind related to this...

This is a really neat project, womp.

I appreciate your dedication towards preserving the legacy of the calculators- this is really wonderful.
↑
Quote

Update! I just received the broken prototype (serial number 215), I was able to pop the flash chip out and dump it using the programmer.
Version is 1.4010!