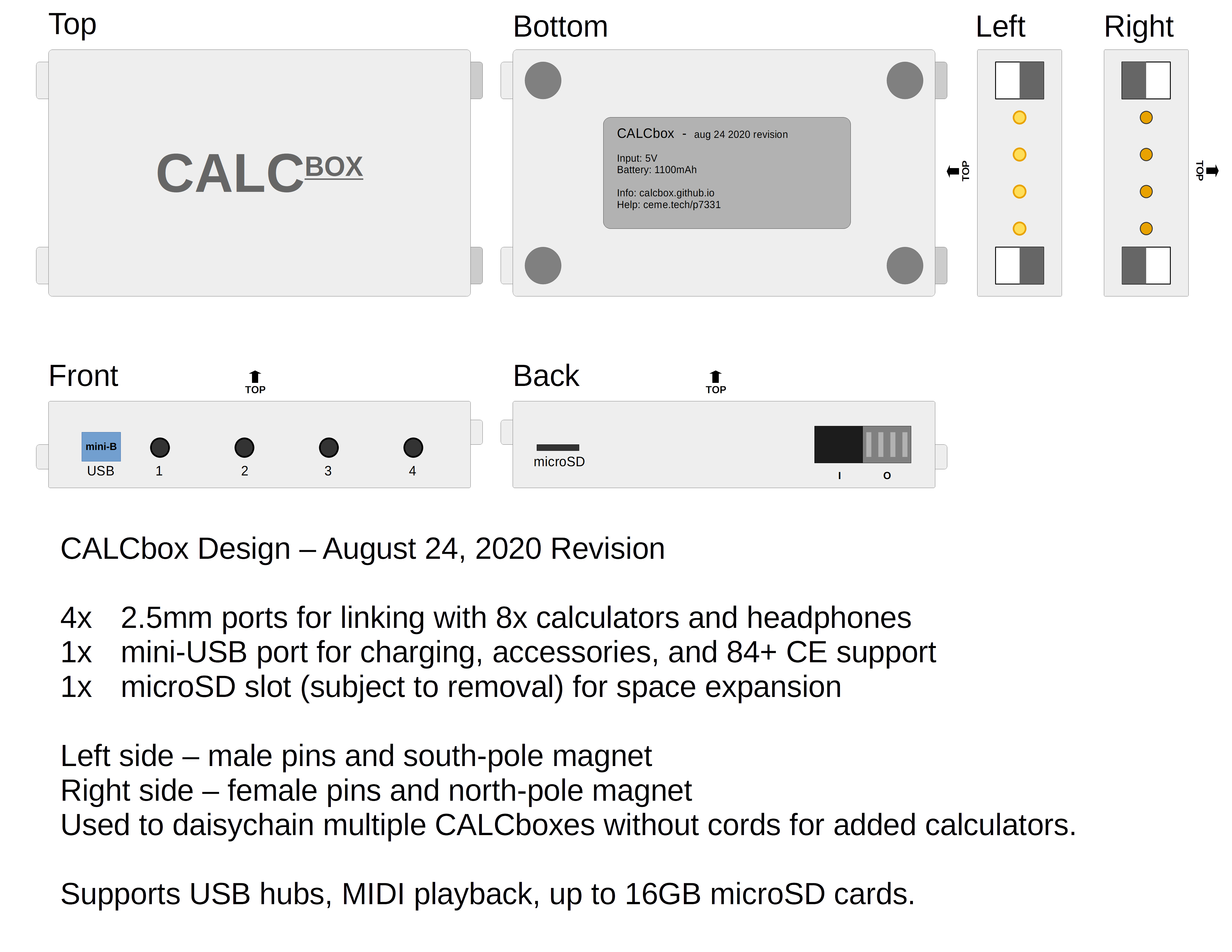 That's it! Thanks for reading!


Yes, actually. However implementing HDMI or even Composite will be complex. Expect to get VGA, and it won't be built-in. It'll be separate from the main unit, and connected to the USB port.

Good luck! I'm mostly interested in sound ability. Basically I want a sound card for the TI-84, because while it can play some nice music, it can't do it while doing nearly anything else. My initial thought was if we could stick two calculators together and had one send commands to the other as to what to play, then there would be plenty of power, but anything that takes commands over serial and does the DAC should work.

あなたは私の命を奪うことはできますが、私の誇りを取ることができない
↑
Quote
Register to Join the Conversation
Have your own thoughts to add to this or any other topic? Want to ask a question, offer a suggestion, share your own programs and projects, upload a file to the file archives, get help with calculator and computer programming, or simply chat with like-minded coders and tech and calculator enthusiasts via the site-wide AJAX SAX widget? Registration for a free Cemetech account only takes a minute.