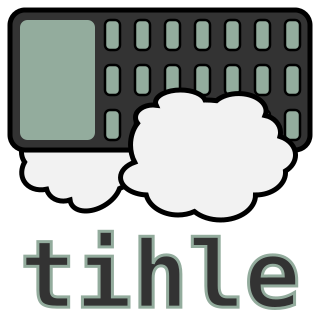 I very much appreciate your contribution to the community. It's value should not be understated.

I've been doing some work on providing a nicer UI (especially for touchscreen devices) and debugging support.

Here's a slightly eye-crossing comparison image of a photo of an 83+ with my keyboard overlaid on it:

And the beginnings of a debugger:

I chose to implement debugging with an in-process remote communication stub and nice UIs talking to it from another process, since that allows a pretty debugger to be implemented with any desired tools and avoids the complexity of needing to build a GUI in terms of SDL primitives.
タリ · · Ask questions the smart way · · ツイッター
↑
Quote

Wow it's looking awesome - I think it's a very good idea to make the UI touch friendly.

Debugger support, nice!
"My world is Black & White. But if I blink fast enough, I see it in Grayscale."

Haven't touched this in a while, but I pulled it out again today and made the skeleton of nicer interactive debugging that I had left it with more useful. Representative mini-session:

USAGE:
Type commands, send them to the emulator

It knows to how evaluate simple expressions, including references to registers. References to memory locations aren't yet implemented but are parseable, though I also need to devise some kind of syntax to indicate whether you want 8 or 16 bits at a given address. Currently all values are 16-bit, and memory references are written with parentheses as they usually are in assembly (so (hl + 3) is the memory with address [value of HL] + 3). Any bright ideas on ways to indicate memory operand size?
タリ · · Ask questions the smart way · · ツイッター
↑
Quote

This game reminds me of CalcuZap.

CalcuZap was made by the same author as Phoenix, (seems like he liked shoot-em-up games

) as a kind of CE version of it. That could be why it reminds you of CalcuZap.