As far as a community calculator is concerned, https://symbolibre.org/ is the only project with such a level of polish.
The schematics of the NumWorks calculators are openly accessible.
Member of the TI-Chess Team.
Co-maintainer of GCC4TI (GCC4TI online documentation), TIEmu and TILP.
Co-admin of TI-Planet.
↑
Quote

I have also completely recovered from Coronavirus, so I'm good now. It was a looong two weeks with sitting in my bed and making programs every day.
Totally not a furry. OwO

There will be a lot of news when the 84+CE version arrives, probably 5.6.
"My world is Black & White. But if I blink fast enough, I see it in Grayscale."

OS 5.5.1 which did remove asm programs support was only for the french TI-83 Premium CE, not the international TI-84 Plus CE. 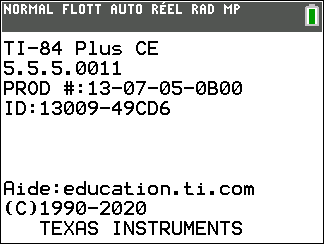 A new major step just began in asm programs annihilation on the CE...

The main new thing is Python programming, but note it's only supported on the new BTS 2020 TI-84 Plus CE-T Python Edition.
The older TI-84 Plus CE-T and TI-84 Plus CE don't have the required Atmel ATSAMD21 chip, you won't get Python by just updating the OS.
So if you still decide to update your TI-84 Plus CE or TI-84 Plus CE-T, then have fun permanently damaging your calculators abilities.
TI-Planet co-admin
↑
Quote

Why is security on a calculator? Apart from safe testing who asked for it. also, students and teachers are prompted to hard reset calculators before using it for tests. There could have been other ways to "remove" Asm applications like OS only removes it on school calculator (yellow and black) based on serial number??. Or it disables asm applications when python is detected on the calculator. 🤦🏿‍♂️

TI Dev team, I am very disappointed in your lazy decision on how to deal with your "Security issue".

This has to be fixed even tho you remove the "Security issue". The calculator then get loads of exploits. And in the end, eventually, TI-Calcs will not be safe for testing. I guess the dev team was thinking about the now and not future. 🤷🏿‍♂️

Or just buy a TI-84+CE-T Python Edition, it's available.

Also OS 5.6.0 will do the same thing as 5.5.1 for TI 84 Plus CEs. I guess we'll be resorting to physically modifying our calculators if we can't use ASM/C/ICE. TI can't stop us from doing that to our current calculators! >

My dad fails to believe trump posted that on Twitter
Totally not a furry. OwO

Bio_Hazard1282_rPi3 wrote:
My dad fails to believe trump posted that on Twitter

Your dad's a wise man

Think very carefully before updating... there is no going back, once updated asm will be removed forever. 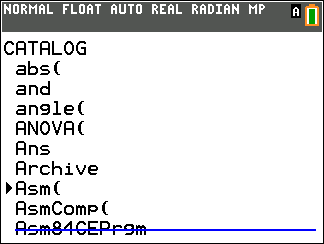 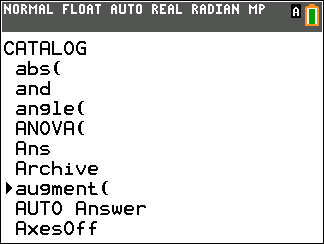 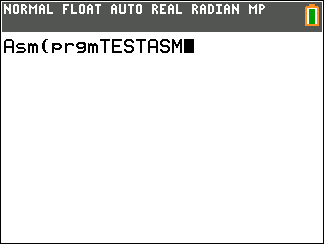 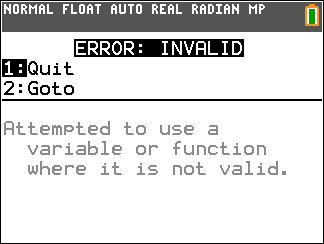 So if someone gives you a CE for Christmas, you can tell if they like you based on whether or not they have updated the OS XD.
"My world is Black & White. But if I blink fast enough, I see it in Grayscale."

It's finally out. Assembly will be gone forever. I upgraded my dummy calc that I don't care about anymore. I'll probably destroy it in a video.

Question: Can you downgrade 5.4 with an older version of TI-Connect CE?
Totally not a furry. OwO

Native code was never gone forever from the Nspire Clickpad / Touchpad / CX / CM series, which has a better security design than the TI-eZ80 series, and it's publicly documented that there's arbitrary code execution on the CX II. More generally, time and again, native code is always made accessible (again) on all closed platforms, sooner or later. Therefore, you should not think that assembly programs will be gone forever on the TI-eZ80 series - that just doesn't match what happened and will happen on other platforms

Also, older non-Python 84+CE / 84+CE-T / 83PCE calculators whose boot code version is older than 5.1.5 do not have downgrade protection.

@Cemetech staff: for the sake of users, Cemetech really should add big fat warnings against OS 5.5+, like TI-Planet and CodeWalrus did. You didn't do it before to raise awareness, it's your choice, but now, it's high time you did it.
Member of the TI-Chess Team.
Co-maintainer of GCC4TI (GCC4TI online documentation), TIEmu and TILP.
Co-admin of TI-Planet.
↑
Quote

Lionel Debroux wrote:
@Cemetech staff: for the sake of users, Cemetech really should add big fat warnings against OS 5.5+, like TI-Planet and CodeWalrus did. You didn't do it before to raise awareness, it's your choice, but now, it's high time you did it.

Yeah indeed, although we've been doing our best to inform users for months now, it seems it isn't enough. There's already at least one 5.6 victim :
https://github.com/calc84maniac/tiboyce/issues/113

Many more are coming if nothing's done.
TI-Planet co-admin
↑
Quote

Now that the summer vacation is nearing its end, I don't see any warning or mention of this on Cemetech's front page. I guess we'll have a whole bunch of disgruntled students who will learn that ASM/C is gone the hard way.

You might want to do something about that, Cemetech's admins. Because by now it should be painfully obvious that Texas Instruments is not going to back off on ASM/C removal and every single calculator website that I know of (TI-Planet, CodeWalrus, ticalc.org, Omnimaga) has either a banner or a news post about it with high visibility.
↑
Quote
Register to Join the Conversation
Have your own thoughts to add to this or any other topic? Want to ask a question, offer a suggestion, share your own programs and projects, upload a file to the file archives, get help with calculator and computer programming, or simply chat with like-minded coders and tech and calculator enthusiasts via the site-wide AJAX SAX widget? Registration for a free Cemetech account only takes a minute.