Do you have the ability to reset RAM and start fresh (assuming you can afford to lose data on calc). Or perhaps back up important programs etc first?
"My world is Black & White. But if I blink fast enough, I see it in Grayscale."

I'll try that; I'll be sure to get back to you about it.


EDIT: Nope, it didn't work. The exact same thing happened as before: Doors CS 7.2 crashed my calc, I ran TWHGame, DCS crashed again, I ran LCDFIX, and now I'm right back to square one.
↑
Quote

So, one of the things that's terribly unclear here is your assertion that Doors CS 7.2 crashed your calculator. Can you enumerate the steps that make it crash your calculator?

Edit: Also, if ALCDFIX didn't fix your LCD, that makes me worry that your ribbon cable might be degrading.

Here is basically what I did,
1. Download the application.
2. Run the application.
3. Screen looks like it came out of DDLC (brownie points if you get that reference); I panic and push every single button on the keypad, causing random places on the screen to move around.
4. Realize I can't push [2nd] [QUIT], remove and replace batteries.

I can't really figure out whether it's a problem with the software itself and it somehow got corrupted when I downloaded it, or I just have a really crappy calculator.
↑
Quote

How does it refrence Doki Doki Literature Club?

ShinyGardevoir wrote:
How does it refrence Doki Doki Literature Club? 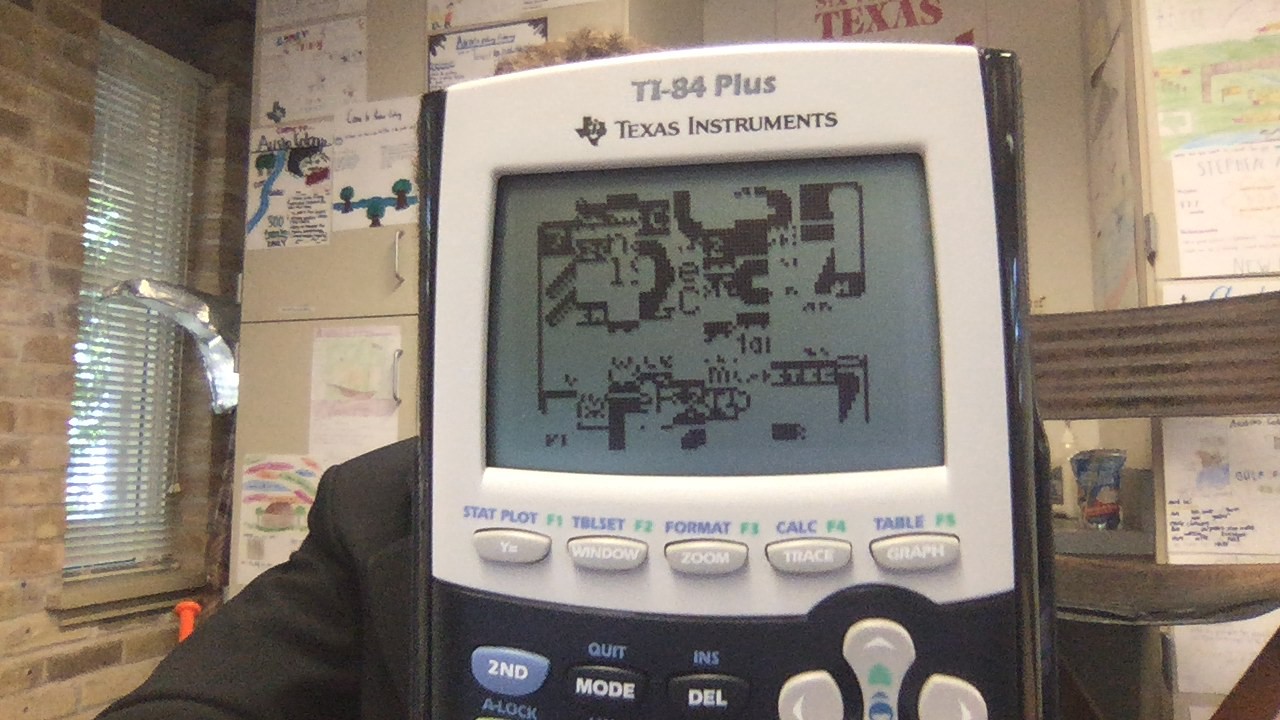 Hi, I am having the exact same issue. I followed your instructions and managed to navigate to and press retune by vaguely finding my cursor on the corrupted screen. However, when I press Retune, nothing happens except for something that flashes for a split second. 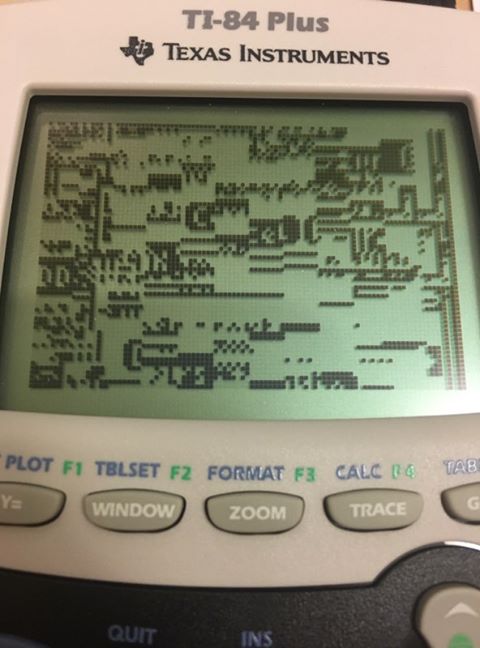 Above is what my screen looks like before I press Retune. If you closely at the top right, you can see my cursor hovering over the "un" of "Retune".
↑
Quote

I'm having this issue too. I have tried running ALCDFIX too, with no luck. It's a brand new TI-84+ with 2.55MP preinstalled. I have figured out how to navigate the glitchy screen to execute programs at the top of the TI-OS Program Menu, so is there a way to use an assembly language program to run the Retune feature?
Believe in yourself!
↑
Quote

I just bought a new Ti-84 plus yesterday, 3/5/20, and I'm having the same issue. I tried the ALCDFIX program and it didn't correct the issue. Also, as other posters have noted, I'm unable to try the display correction available within Doors since the screen is too scrambled to make much sense of anything.

Has anyone had any luck with a workaround or patch? I'm wondering if I should return my new calc for a used one since I bought it with the intention of learning assembly on the z80, which it can still do, and also running Houston Tracker 2, which it also can do if I'm lucky enough to guesstimate the proper cursor position to launch the app. I'd much prefer it all to work properly though.. and so far, no luck.

Thanks for any help/advice that can be offered.
↑
Quote

There are some suggested fixes to the assembly code that I would like to test, and if successful, publish as a new version of Doors CS, but I'm afraid I haven't gotten myself one of the new-hardware TI-84 Plus Silver Editions yet. It occurs to me that I should really try just implementing the patch that is suspected to work, and then ask some of you people who have the new hardware to test it out.

Can anyone having this issue please try this build and let me know if this fixes/changes the problem: https://github.com/KermMartian/Doors_CS_7/files/4302273/dcs7.zip

If it does fix it, have you already applied ALCDFIX (or similar) to your calculator? If it doesn't fix it, could you please try using ALCDFIX first: https://www.ticalc.org/archives/files/fileinfo/366/36608.html
↑
Quote

Runer112 wrote:
Can anyone having this issue please try this build and let me know if this fixes/changes the problem: https://github.com/KermMartian/Doors_CS_7/files/4302273/dcs7.zip

If it does fix it, have you already applied ALCDFIX (or similar) to your calculator? If it doesn't fix it, could you please try using ALCDFIX first: https://www.ticalc.org/archives/files/fileinfo/366/36608.html


Thank you for addressing this! Your patched version worked perfectly! I did try ALCDFIX several times and it did not fix it. This little patched version definitely did. The screen is clear as it should be. Thank You!

That's awesome to hear! Thanks for testing, lycosa; thanks for debugging, Runer112. If I could get one or two other people confirming the fix, I'd feel comfortable going ahead and accepting the PR (and re-releasing DCS 7.2).

KermMartian wrote:
That's awesome to hear! Thanks for testing, lycosa; thanks for debugging, Runer112. If I could get one or two other people confirming the fix, I'd feel comfortable going ahead and accepting the PR (and re-releasing DCS 7.2).

I can also confirm the patched version works perfectly on my TI-84+.
Believe in yourself!
↑
Quote

Huzzah! I think this means that I need to release Doors CS 7.3: unfortunately, there's a different Doors CS 7.3 that I never released, so I'll have to figure out if I want to try to include any of the bug fixes I was going to put in that version.

Although I'd love to see 7.3, we all know you're always pretty busy so 7.2.1 would probably suffice. If you manage to find the time, please release 7.3! One suggestion I have is adding a key combo right on the homepage that will re-tune the screen without needing to navigate through a garbled mess. It would be especially helpful for those who can't make out what's being displayed at all like the first picture on this thread.