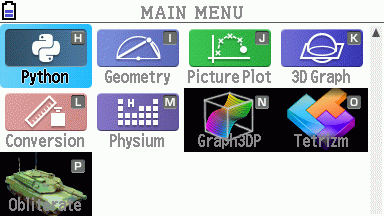 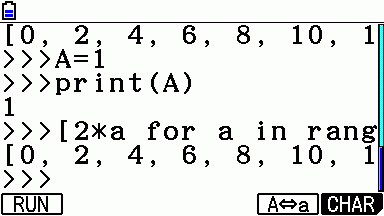 I think it is a very good move to program in Python instead of Basic but why use an external module to run it? Also TI makes micro-controllers which directly compete with the Atmel chip they choose. Why didn't they use a Tiva C series microcontroller?
↑
Quote

In the community, we usually think that among the requirements of the TI-Python Adapter, minimizing both development time and time to market were ranked very high....
High-level TI management received a presentation of the upsides of Python on a graphing calculator for educational purposes when a third-party Nspire port of MicroPython was produced, in late 2014. At that point, the TI-eZ80 series' design was already cast in stone, since it became available on the market in the spring of 2015.
Nevertheless, until NumWorks kicked the established calculator manufacturers' back, in H2 2017, at the suggestion of critor, by providing MicroPython out of the box, right from early revisions of the calculator's firmware (well, the integration wasn't very good at first, but it worked), nothing happened. Afterwards, Casio, HP and TI had to play catch-up, with different strategies (proper port of MicroPython, Python-like compatibility layer in giac, external TI-Python Adapter module).
Despite being notified years ago, TI managed to become dead last in that race: at the time of this writing, there's still no form of Python (or something reasonably close to it) built into the standard OS of any of their models...

For the eZ80, there's no production quality C/C++ toolchain (Zilog's toolchain only supports an old dialect of C, and occurrences of rejecting valid code or generating invalid code aren't that infrequent), and the eZ80 isn't supported by MicroPython or CircuitPython, which probably ruled out porting these directly as part of the TI-eZ80 series' standard OS at minimal cost. They already had to develop the PyAdaptr FlashApp, expanding the OS for that purpose.

Using a SoC with very low I/O capabilities (even if it's made by TI, the 32 KB RAM, 256 KB Flash microcontroller I see on the EK-TM4C123GXL at http://processors.wiki.ti.com/index.php/Tiva_C_Series_LaunchPads already has too much stuff), for which there was already a port of CircuitPython, doesn't look like an unreasonable way to meet the (supposed) goals of minimizing development costs on hardware and software.

Other cheap MicroPython-supported board series, such as the ones featuring ESP8266 or the more powerful ESP32 chips, might have been another way to minimize development costs, while leveraging more RAM, more Flash memory and I/O pins... but both of those chips have a WiFi chip. If TI plans on trying to have such external modules allowed in some standardized tests, some regulators of said stupid standardized tests would probably balk at something which starts as WiFi-enabled, even if TI somehow disables or destroys the WiFi part, removes the antenna, and whatever.
Member of the TI-Chess Team.
Co-maintainer of GCC4TI (GCC4TI online documentation), TIEmu and TILP.
Co-admin of TI-Planet.
↑
Quote

That makes sense. Thank you for the clarification.
↑
Quote
Register to Join the Conversation
Have your own thoughts to add to this or any other topic? Want to ask a question, offer a suggestion, share your own programs and projects, upload a file to the file archives, get help with calculator and computer programming, or simply chat with like-minded coders and tech and calculator enthusiasts via the site-wide AJAX SAX widget? Registration for a free Cemetech account only takes a minute.