Graph-based maze game.
No in-game editor, so you'll have to edit the matrices manually.
It doesn't have a win condition, so it's mostly a sandbox game for you to mess with.

The README includes instructions for use. 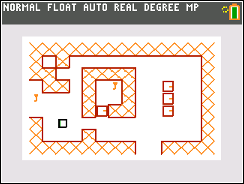 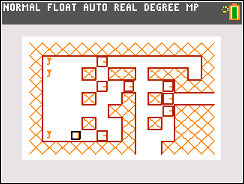 This is just plain unfinished.

The entire game can be summed up in one sentence: You slowly move a cube around , maybe pick up a key, and press 2nd to do an animation.

Having to edit the matrices yourself isn't a bad experience, but it's unorthodox.
There's a difference between "an unfinished beta" and a pre-pre-alpha.
There's not really a way to make a game out of this engine in its current state, at most maybe a really easy maze game. There's potential for a good game and a good engine here, but potential means nothing if the game isn't being actively worked on.

3.5/10 - The graphics are nice I guess, but finish your game a bit more before uploading it.