If you enjoy Pokemon or Earthbound, you'll probably enjoy this game. Play as four children who end up trapped in the Whirlpool Galaxy. Fight enemies and find materials to build a ship to take you back home to Earth.

Features:
------------------
* Detailed graphics and smooth-scrolling
* Four playable characters, each with unique weapons
* A full story with cutscenes
* 11 levels that take place on 8 different planets
* 70+ enemies, including several bosses
* Save up to 3 games

Version 1.2
---------------
* Cool visual effects for when you or an enemy launch an attack
* Jamie now has a scanning computer to tell you what an enemy is weak or invincible against. This was added to address a misconception that some enemies are only vulnerable to the weak "emergency" laser and ion gun weapons. The manual tells you how to use the computer.
* Levels 8 and 10 have been made easier with adjustments to the save game / load game locations
* Fixed a rather noticeable bug where a player jumped from level 1 to level 49 after attacking only one enemy
* You now recover all health as a reward for finding minerals
* Adjustments to enemy placement
* Graphical fixes
* Gave a few enemies additional vulnerabilities
* Dialogue changes:
--- Fixed some plotholes
--- Additional clarification for solving puzzles
--- Removed / adjusted some cliched or "sappy" lines of dialogue
* Fixed a bug where Megan could cause a non-existent enemy to attack when facing groups of enemies
* The game will now tell you if you haven't loaded the correct version of the appvars 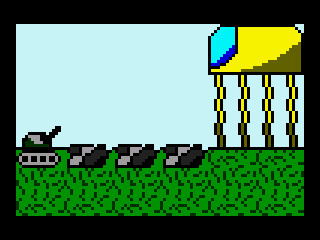 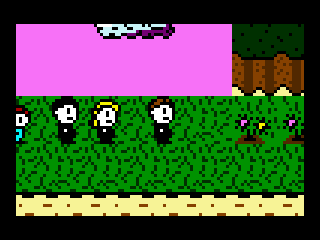 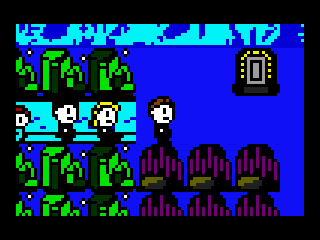 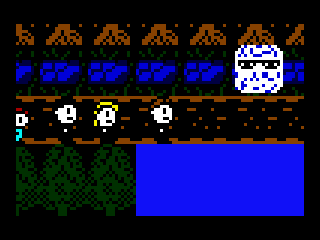 8/10. This game is impressive, especially for a calculator, but it suffers from a few key flaws. The biggest point of praise for this game is its length, which lasted me three months of occasional playing. The gameplay is mostly solid, having the player travel from world to world, battling creatures and aliens. One critique is that there is no built-in map so you will have to spend some time wandering aimlessly. Additionally, some puzzles are extremely confusing. Also, in the begging half, I had to contact Hot_Dog a lot. However, he is a very nice person and did a good job telling me what to do. The battle system is good, making me think about what move I should do next. Unfortunately, there are some enemies that you can only take down with a laser or ion gun, two weapons that deal very little damage. This gets frustrating, especially in later levels. The story is decent, with interesting plot points and twists. However, the dialogue could definitely be spruced up a bit and the first half has the generic “boyfriend gets jealous that girlfriend has another friend who is a boy”. The graphics are good for a calculator, but not anything mind-blowing. The game is technically impressive, I still have enough storage to install other games such as Tetris, an attribute not shared with other games similar to this. In all, this game is solid but I think if Hot_Dog added a map, made some puzzles easier, spruced up some dialogue, and made some enemies less frustrating, it could have gotten a 10/10.