Ben Ben Revolution
There is a newer version of this file available; you may go to the newest version, or view all versions below.

A Friday Night Funkin/DDR inspired game, programmed entirely on my calculator. It's simple and easy to get the hang of, and the addictive gameplay gives you that "just one more try" kind of feel. My first ever big program that I'm super proud of, with updates coming eventually. Please comment with any bugs or anything that needs fixing, and maybe some ideas of stuff to add.

UPDATE: 1.2.0 is here! Added story mode, high scores, more of Dancing Guy, and other small details you just have to find (or check out the ReadMe.) A lot of stuff was either moved to the ReadMe or removed altogether, so there's more content for not a lot more storage taken. I may be biased, but I still think that this game is truly something awesome. 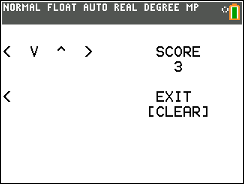 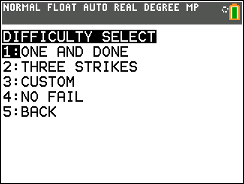 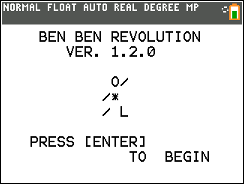 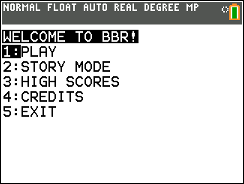 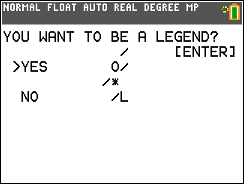 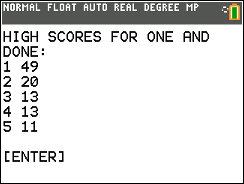 Feels like a beta release. I can tell there is effort put here and I've encounter no bugs so far but both the quality and quantity of the gameplay is lacking. The gameplay of pressing random buttons is not fun and will not "the addictive gameplay gives you that 'just one more try' kind of feel". You get 3 modes, 2 of which can be recreated by the "Custom" mode. Also, their is no: songs, graphics, sound(although there was really no way to get around that its exclusion worsens the experience) and story mode. I personally think Benasm should restart the project and create a graphics based rhythm game instead. 4/10

Gameplay: Eh. I understand making this on the CE means no sound, but as a result more cues are necessary to help the player land the notes. Perhaps some more visual effects to help? That being said, the controls are responsive and get the job done. Some more variation in when the inputs come on screen would be nice- perhaps some randInt( on the numerous Wait commands?
One thing that would be nice is a high score or even a top 5 scoreboard- it's kind of discouraging to get a long run going and have no record of doing so. There's certainly potential here. 6.8/10.

Codebase & Usability: Generally well done and optimized, with no memory leaks at a glance. 37 unique Easter egg texts for the intro alone though? Yeah, that's a little excessive. Really only need 8 or so before you start using excessive amounts of space with intros no user will see.
Also, just put the patch notes and TO DO list in the readme- Whatever space you can save is worth it. 7.5/10.

OVERALL: 7/10. The effort and polish is certainly there, but it lacks a few critical components and to really tie it all together and make this a game users will want to play over and over. A stronger focus on features instead of extras is what this game needs.

Edit for 1.2.0: The addition of animations and the story mode really have fleshed out the game since I last played it. New rating? 9.8/10. only real complaint is that there still could be a few optimizations, but this is a sizable improvement.