In this game, you are a white square attempting to survive the zombie apocalypse. You must collect red health packs and avoid green zombies, or you will become infected and die. Once you've been bitten, your health decreases gradually over time making it more difficult to collect as many points. Good luck!

Now with new "extra gory" failure graphics, and I finally fixed the bug that's crashed so many calculators! If you have any issues, please post in my thread and I'll do my best to respond in some way! Thank you! 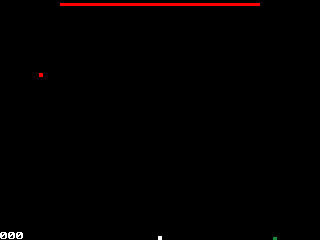 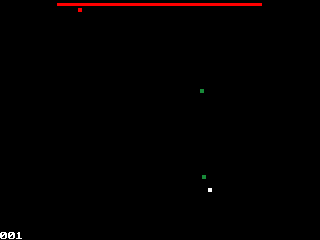 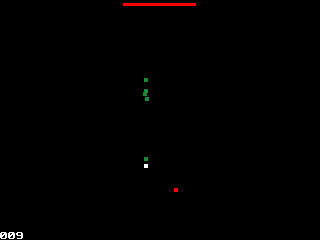 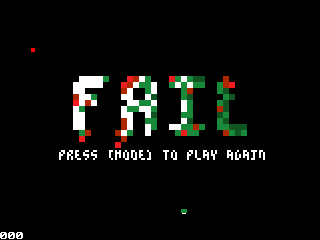 TheLastMillennial says: at 2019-02-28 02:48 UTC
Let me relieve the worries of this game crashing, all of the previous reviews mentions crashing happening *before* the last update. The last update has fixed the crashing issues! As for the game itself, I agree that it's very challenging to get the little red square unless you're *really* accurate, you can spend a long time just trying to get one square. The zombies also spawn in fairly quickly, within a minute you have over a dozen on your tail. I really like the concept of this game however it could be improved on. The 'FAIL' text looks fabulous, hopefully the current zombie sprites can be made to look just as good. Overall this is a simple game that you can become pretty good at if you're bored and have nothing else to do but play it for 45 minutes straight. :P [7/10]
SomeCoolGuy says: at 2019-02-28 02:34 UTC
When I *first* played this game *(first version)*, I noticed that when I went for a longer playthrough (more than 16 points), my calculator crashed and cleared my RAM. I redownloaded it a few months afterward, *(current version)* and no crashes have occurred. (yet...) Anyway, it appears to be somewhat solid in terms of controls (lack of precision is especially frustrating because they're small squares.), but I don't see myself playing it for more than a few minutes before forgetting I downloaded it the next day (-_-). (asterisks indicate edits)
Astrum says: at 2019-01-30 16:04 UTC
Played it... simple and pretty boring but nothing too bad, fun enough. I got bored, so i let the zombies get me. Screen changes color... and softlock. Did you even test this game?
dunlavdy says: at 2018-06-18 16:04 UTC
I do not want to rate it, because I would give it a one. The reason is because after I die in the game, my CE crashes, which makes me push the reset button, and I lose all of my progress. I recently saw The Incredibles Two, and I liked the movie so much that I make a program for it, which was going to be uploaded on cemetech (very fun game I made), and I had to delete it when I cleared my RAM! I am very frustrated with this game. I want the developer to fix the crash when the player dies. That would make me feel much better, knowing a game that I can trust to not ruin my calculator. Yah.
#Tankidaboss says: at 2016-04-15 18:10 UTC
This game is okay BUT don't download it at all I died and then my whole calculator shut down. (BTW: I used a Ti 84 plus ce) I can to reinstall everything (OS, apps, programs and that took forever)